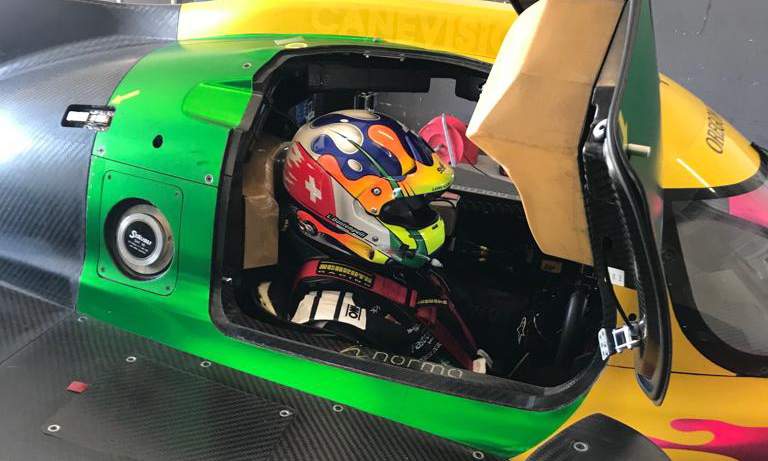 Sharing driver duties with the Roman and with the 16-year-old Lithuanian will be Lorenzo Bontempelli, who will be piloting the Norma M30 LMP3 fielded by the Italian squad, led by Jerry Canevisio e Piergiorgio Testa. The Italian racer will be a perfect piece to complete the coming season’s puzzle, a perfect addition in an effort to take full advantage of the experience made so far and aim for highly-positive results.

Bontempelli is back from a season split between the Lamborghini Super Trofeo Europa, in which he scored second place both in the European series and at the World Final, and the Blancpain GT. He can rely on a long and successful career: his most notable achievements include winning the Italian GT3 championship in 2009 and the GTS title of the International GT Open in 2011. He also finished second in the GTS class in 2013 on a tiebreaker with eventual title winner Giorgio Pantano. In 2006, he cruised the Italian and world titles of the Ferrari Challenge series in the Pirelli Trophy. Running in Maranello’s single-make category, he was also crowned world champion in 2011.

“Lorenzo is the driver we were missing to complete a high-level combination. Surely he has the right experience to work with two young rookies – commented Canevisio – This year we want to make a further leap forward in terms of quality and Bontempelli is certainly one of the right weapons. He already tested with us in Cremona a few days ago and the results were more than satisfactory”.

“The ELMS is an experience that I was still missing – added Bontempelli – I have never driven this kind of car and in the first test at Cremona I immediately found great confidence, gathering positive feedback on used rubber. Let’s say that this adventure can become a first step towards Le Mans for me. After having entered several editions of the Spa 24 Hours, I really would like to take part in the great French event”.

The next effort for the Oregon Team will be at Barcelona on Thursday and Friday this week. The team will go on-track with its full crew at the Spanish track.