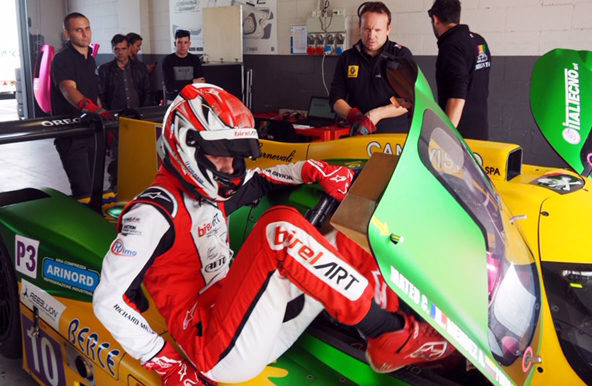 Cremosano, February 28th 2019. Oregon Team has great hopes for its third consecutive European Le Mans Series Season. The Italian squad will be back to the LMP3 class again with a Norma M30 racecar.

After having acquired a good deal of experience between 2017 and 2018, the team, led by Jerry Canevisio and Piergiorgio Testa is set to go for a further step up with the goal of fighting among the frontrunners straight away. For doing so, it decided to rely on a top-class lineup.

Two-thirds of the driver roster is ready to be announced: the names are Damiano Fioravanti and Gustas Grinbergas.

The former, a 22-year-old from Rome, is coming from a four-year stint in single seaters. In 2016, he scored a fifth place in the Euroformula Open series (where he landed a ride after a positive stint in karting) before moving to the WS Formula V8 3.5. Last season, Fioravanti moved to GT racing, impressing in the GT Open series with the Ombra Racing Lamborghini and scoring multiple podium finishes plus a race win in the Barcelona finale.

On the other hand, Grinbergas is really young. The Lithuanian will be 16 years old at the end of March and comes straight from karting. In this discipline, he won several championship titles, becoming the 2015 Mini Rok champion in Poland and in his own country. In 2016, he finished second in the Junior Rok World Finals and won the Italian series in the same category the following season. Last year, he became a manufacturer BirelArt driver. His next step was direct to auto racing, with the test done in Cremona at the wheel of the Oregon Team Norma.

The 2019 season of the European Le Mans Series will consist of six rounds and will start on April 14th at the French Paul Ricard circuit. A month later, the series will line-up in Monza (May 12), the only Italian round on the schedule. It will be followed by the rounds in Barcelona (July 21st), Silverstone (August 31st), Spa-Francorchamps (September 22nd) and Portimão (October 27th).