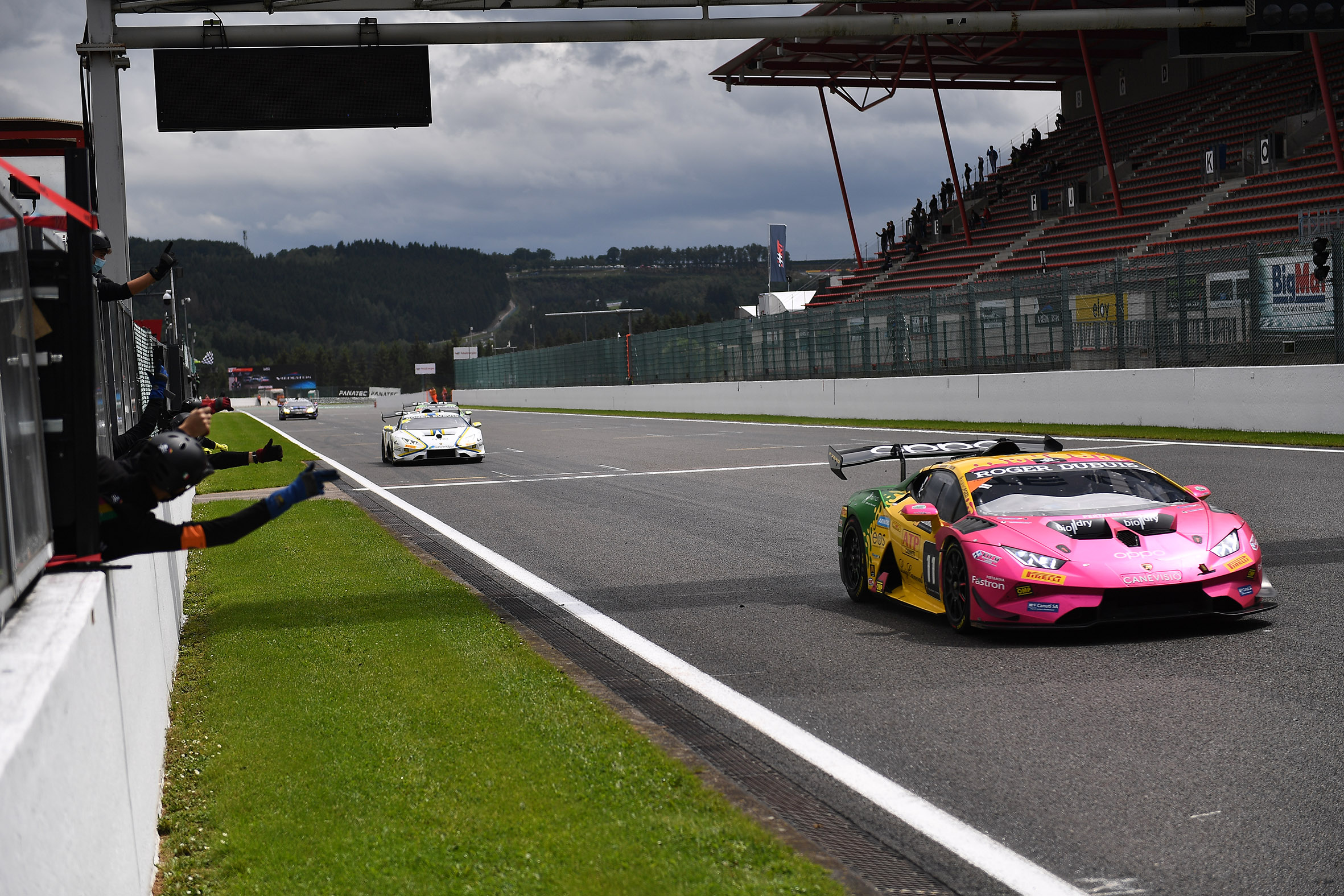 Oregon Team celebrates another victory with Kevin Gilardoni and Leonardo Pulcini in one of the toughest races of the entire championship. The team, led by Jerry Canevisio and Piergiorgio Testa, ended the weekend on the Circuit of Spa-Francorchamps striking again in Race 2. Fourth success (seventh in total since last year for the team from Cremosano) and key-points for the Italian-Swiss pairing, who advanced in the Pro standings and left the Dutchman Max Weering behind by 21 points.

After the two victories at Paul Ricard’s and Zandvoort’s, Gilardoni and Pulcini proved once again to be the main duo of the Lamborghini Super Trofeo Europa, at his fourth out of six double appointments in Belgium, in a season full of satisfaction

In Spa, satisfaction for the Oregon Team came also from the other crew composed by Massimo Ciglia and Guillem Pujeu, second in the Pro-Am and ninth overall. Third podium for them, who climb their class standings back six points behind the second ones.

The second race yesterday was conditioned by the rain, which was never considerable though. The strategy of pits was perfect and made them choose to continue until the end with slick tires. At the start, Puccini took the lead, taking advantage of poleman Noah Watt’s absence, who damaged his car on Friday.

The Roman driver kept a good pace, without making mistakes, and after the pit-stops Gilardoni came back on the track still first and managed to keep a minimal but enough margin to secure the success, despite the safety car closing the pack up, making a great restart.

Both Pulcini and Gilardoni did a great job and the same goes for Ciglia (who was involved in a 180 in the early stages) and the young Spanish driver Pujeu, who from seventh place climbed to second place in their class.

Now there will be a month off. We’ll be back on track the first weekend of September, on the German Circuit of Nürburgring.