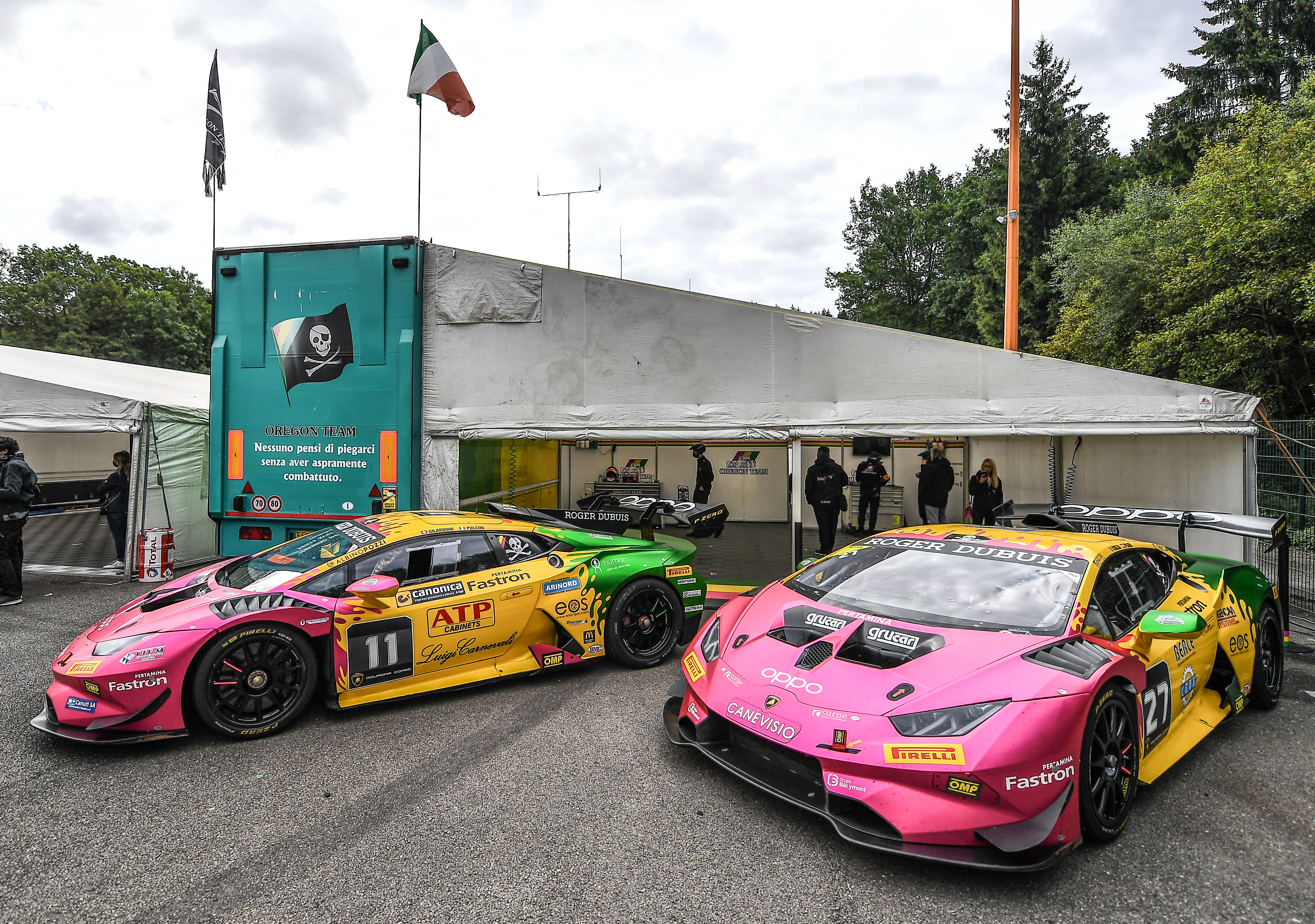 Oregon Team hits the track this coming weekend for the fifth of six Lamborghini Super Trofeo Europe rounds as the one-make series heads to the Nürburgring. After claiming their fourth win at Spa one month ago, Kevin Gilardoni and Leonardo Pulcini look at the German races as a crucial moment of the season having a 21-point margin over the second. A margin that the team led by Jerry Canevisio and Piergiorgio Testa aims to increase.

After the two victories at the Paul Ricard and another one at the Dutch venue of Zandvoort, Gilardoni and Pulcini pair is the favourite for the title bet that will end at Misano on late October, in the same contest of the World Finals. Last year at the Nürburgring, Gilardoni – who shared driving duties with Frenchman Dorian Boccolacci – finished second. One year away the Italian/Swiss racer, alongside Pulcini, aims to do better.

At the German track there are also great expectations for Massimo Ciglia and Guillem Pujeu, who secured a second place and their third podium finish of 2021 at Spa, following the Monza and Zandvoort results. The duo scored important points moving up third in the Pro-Am class.

The Italian racer and youngster Spaniard – who turned 20 on February, aim to their first victory having evereything to do that.

Action at the Nürburgring will kick-off on Friday with the two one-hour free practice sessions. Qualifying one and two – each one of 20 minutes, are scheduled on Saturday at 10.55 and 11.45. Race 1 will start at 15.55. The second of the 50-minute races will commence on Sunday at 11.30. Both races will be live streamed on Lamborghini Squadra Corse YouTube channel.