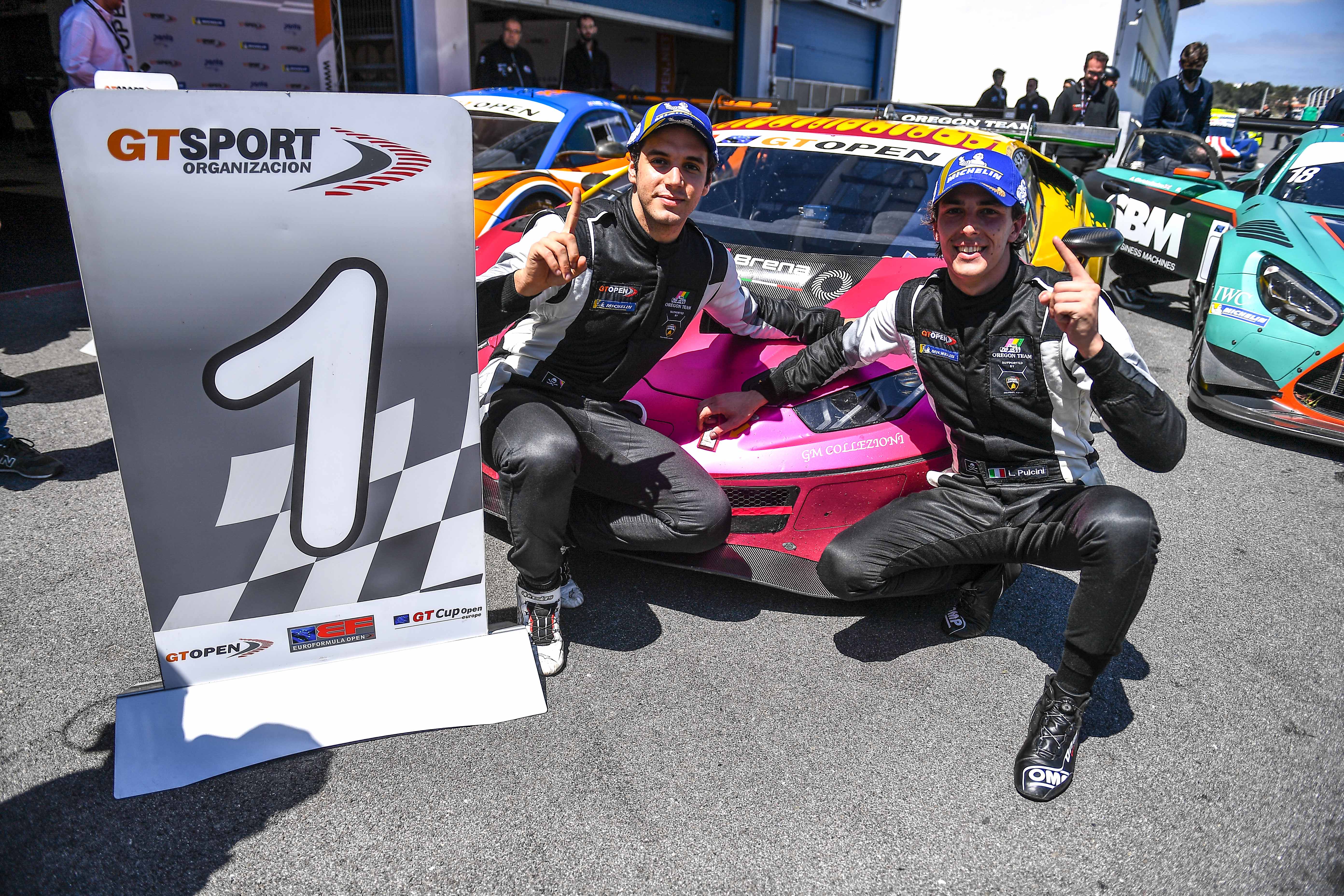 Oregon Team ended last weekend at Estoril claiming two victories, the series’ lead and a third position. After dominating the first race on Saturday with the Lamborghini Huracán GT3 Evo no.63, Leonardo Pulcini and Benjamín Hites doubled on Sunday to wrap up a perfect debut in the International GT Open for the squad headed by Jerry Canevisio and Piergiorgio Testa.

Following the victory of Hites/Pulcini and the third place of Kevin Gilardoni and Glenn van Berlo in race one, in the second race Hites, who set the sixth quickest lap in qualifying two (0.053 seconds behind van Berlo), made a great start to recover two positions.

After the pit-stop Pulcini rejoined the field still on fourth despite the 10-second penalty due to the race one victory, passing the Marcin Jedlinski’s Audi. With six minutes to go, the Roman took over both the Reema Juffali’s Mercedes and the Roman Ziemian’s Ferrari. It let him to take the lead, edging over the Joe Osborne’s McLaren.

On the other side an early contact with the Alain Valente’s Mercedes put the van Berlo’s car on the gravel. The Dutch rejoined the track on seventh. With 26 minutes to go he handed over the Lambo no.19 to Gilardoni who recovered third. Only a three-second post race penalty due to a van Berlo track limits in the first stint, moved back the Oregon Team duo to fourth and third in the standings, 12 points behind team mates Pulcini and Hites.

It was definitely an almost perfect weekend for Oregon Team, that now looks forward the second of seven rounds scheduled on 21-22 May at the French track of Paul Ricard.