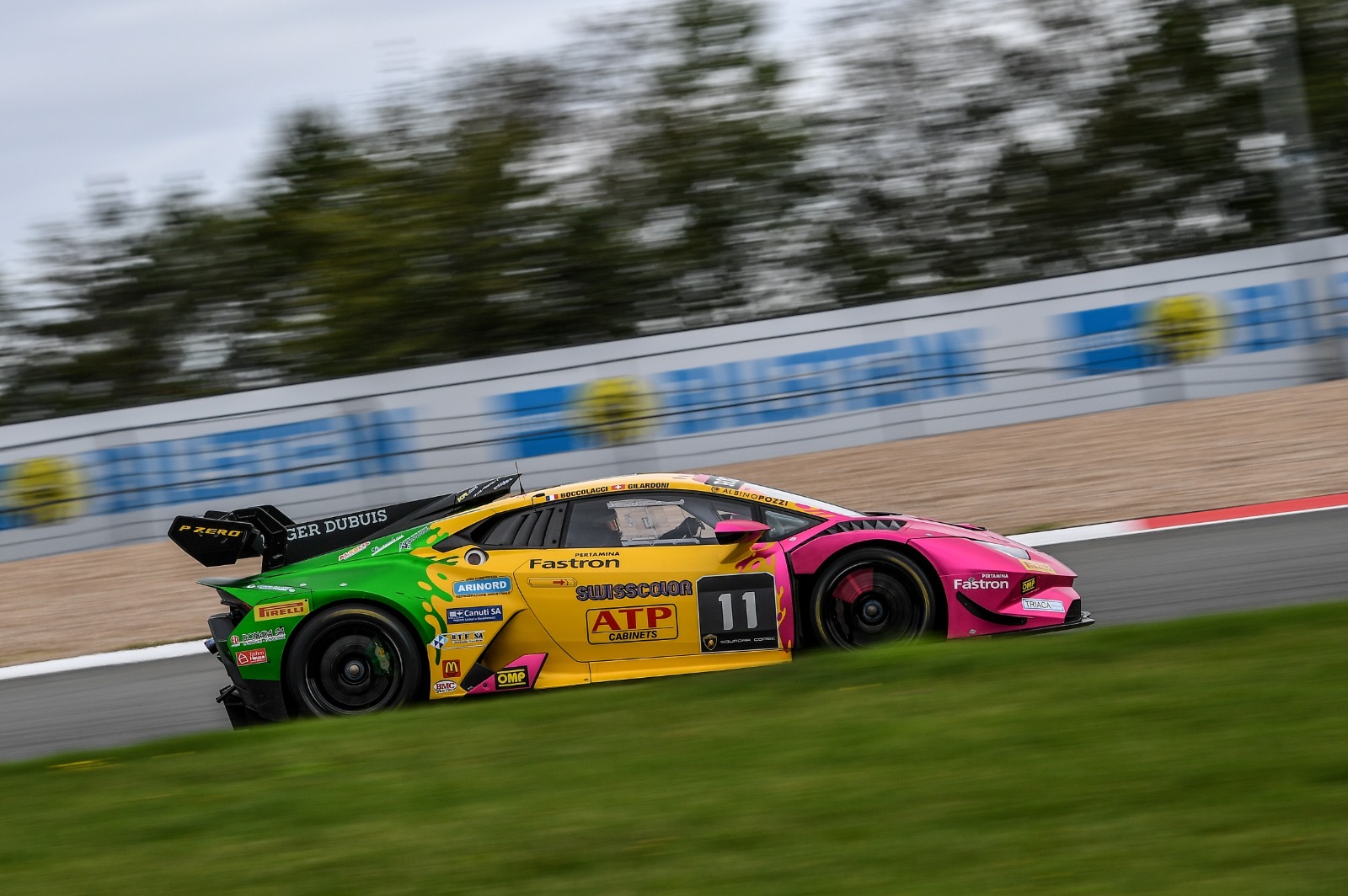 It was a good weekend start for Oregon Team, in the second out of five Lamborghini Super Trofeo Europe qualifying at the Nürburgring.

The Italian squad claimed the P7 with Kevin Gilardoni in the first session as Dorian Boccolacci set the second quickest time in Q2, whilst the Pro-Am pair Lorenzo Bontempelli and Damiano Fioravanti finished fourth among the Pro-Am drivers in both sessions.

In the Q1 Gilardoni set his best lap in 2:00.918 to finish sixth in the Pro class, while Fioravanti was a bit slower. Boccolacci made a perfect Q2, setting the third time before improving furthermore to move up to second. Frenchman was one of the fourth drivers to lap in less than 2 minutes. Finally Bontempelli finished ninth and fourth of the Pro-Am again.

“Compared to Misano, when we made our debut, we really improved a lot“, Jerry Canevisio said. “In Race 2 we will start from the first row and that is a very good news“.

Gilardoni and Boccolacci aim to their first podium finish after having missed it at Misano, when they took a best P4. After two third positions, Bontempelli and Fioravanti want to do it again.

Both 50-minute races – live streamed at Lamborghini Squadra Corse Facebook page and YouTube channel, will be held tomorrow. Race 1 will start at 12.30 and Race 2 at 18.05.