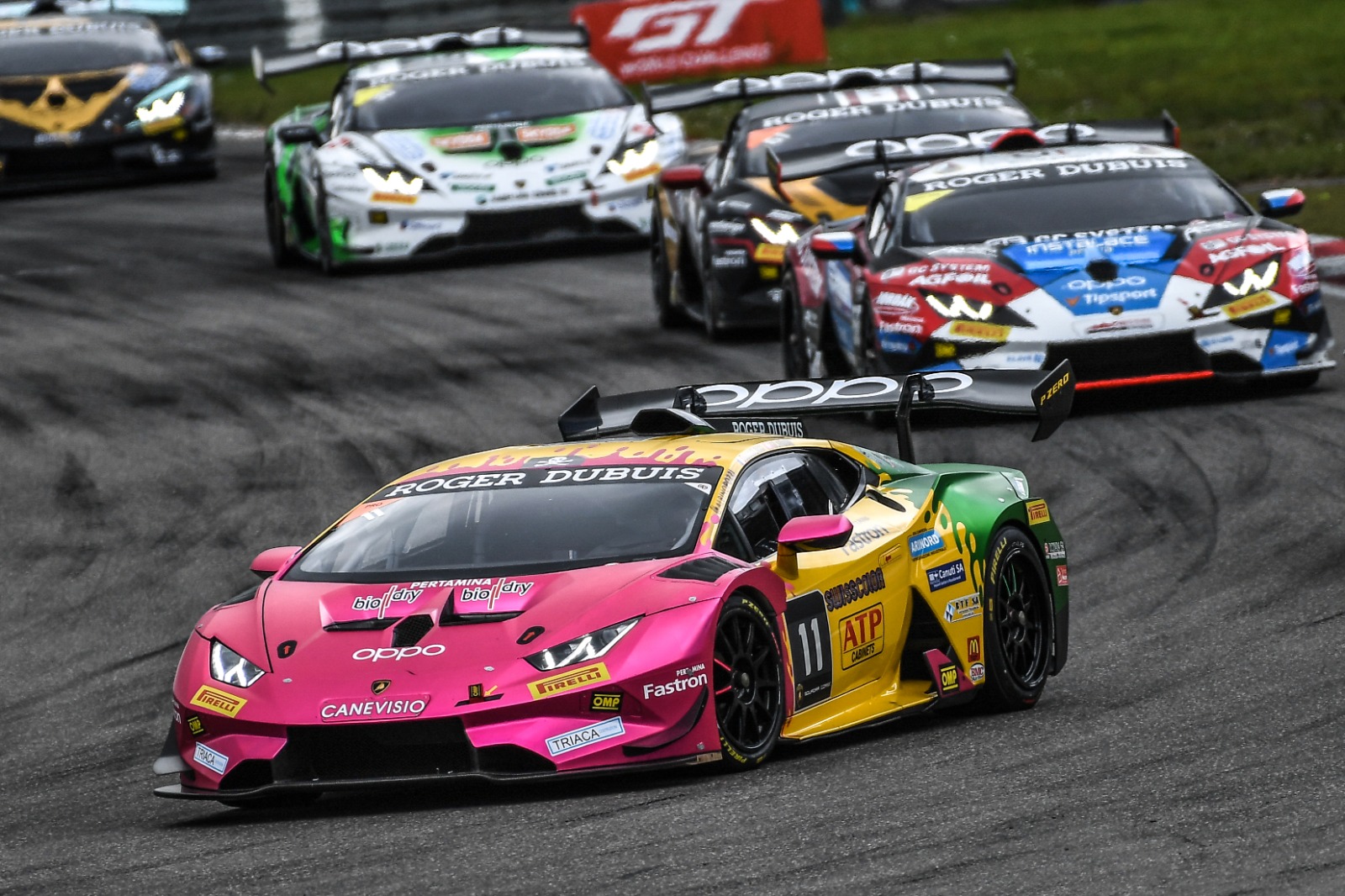 “After a tough weekend at Misano due to hot condition in our series’ debut, I think we could aim to a maiden podium finish at the Nürburgring“. These were the words of Jerry Canevisio ahead of the second out of five LamborghinI Super Trofeo Europa rounds. No sooner said than done, as Dorian Boccolacci and Kevin Gilardoni ended the German round claiming the second place in Race 2.

Frenchman showed already well in the Friday’s qualifying, setting the best Pro time and the second overall in the second session. In the first race held on Saturday morning, Boccolacci and Gilardoni finished fifth in the class and seventh overall, scoring important points.

In Race 2 Boccolacci started from the first row to move down to third before to hand over the car to Gilardoni. As he rejoined the track the latter took over Gerard Van der Horst, defending the second position from Raul Guzman in the last minutes.

The other Oregon Team pair Lorenzo Bontempelli and Damiano Fioravanti claimed two fourth positions and entered the top-10 in Race 2. After they seized to third positions at Misano, they now are also third in the Driver’s standings, 25 points from leaders Karol Basz and Andrzej Lewandowski.

Next round is scheduled for 10/11 October at Barcelona, in Spain.