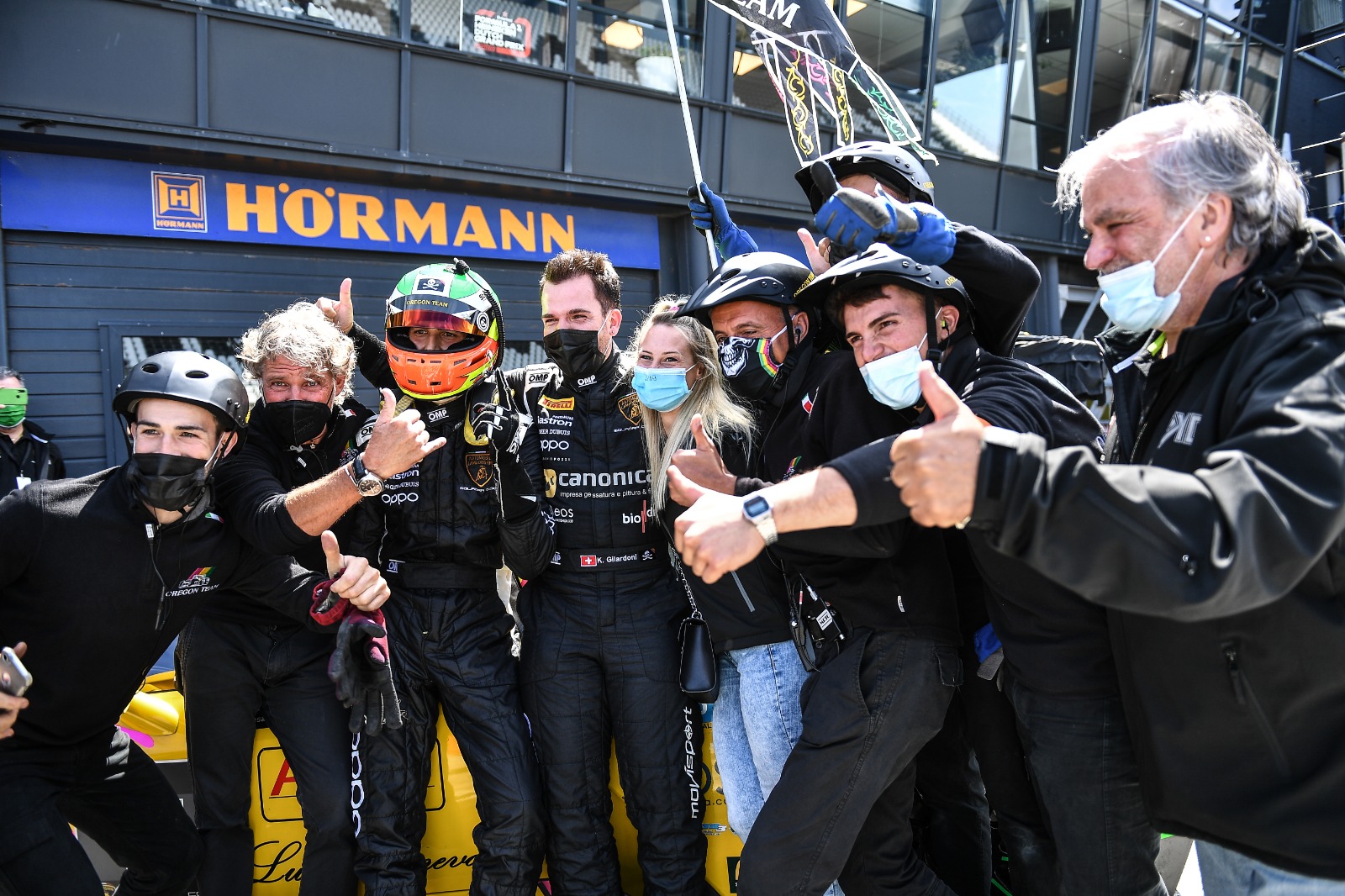 Oregon Team recorded its third victory of the season at Zandvoort, that hosted the third round of the Lamborghini Super Trofeo Europe season. Kevin Gilardoni and Leonardo Pulcini after finising third overall and Pro in the yesterday’s Race 1 have consolidated their championship lead as their team-mates Massimo Ciglia and Guillem Pujeu claimed a second and fifth position in the Pro-Am class.

Following the double victory of three weeks ago at the Paul Ricard track, Gilardoni and Pulcini could celebrate their fourth consecutive podium in the #11 Oregon Team’s Huracán Super Trofeo Evo car. Gilardoni who started from the second row of the grid in Race 2 after he set the third quickest laptime in Q2, made a great move at the lights to pass Sebastian Balthasar, remaining in the mirrors of the polesitter Miloš Pavlović to take the lead just before the mandatory pit-stop. Meanwhile Pujeu battled fot the top 10.

Gilardoni handed the car to Pulcini, who maintained the first position to the finish flag depite a second safety car period with 15 minutes to go reduced his gap. Ciglia finished 14th overall and was fifth in the Pro-Am.

The team headed by Jerry Canevisio and Giorgio Testa will head to the Circuit of Spa-Francorchamps during the weekend of 29th July/1st August for the next Lamborghini Super Trofeo Europe round aiming to further extend the championship lead – as they currently have a four-point margin over Balthasar and Noah Watt – and continue the positive trend with Ciglia and Pujeu.