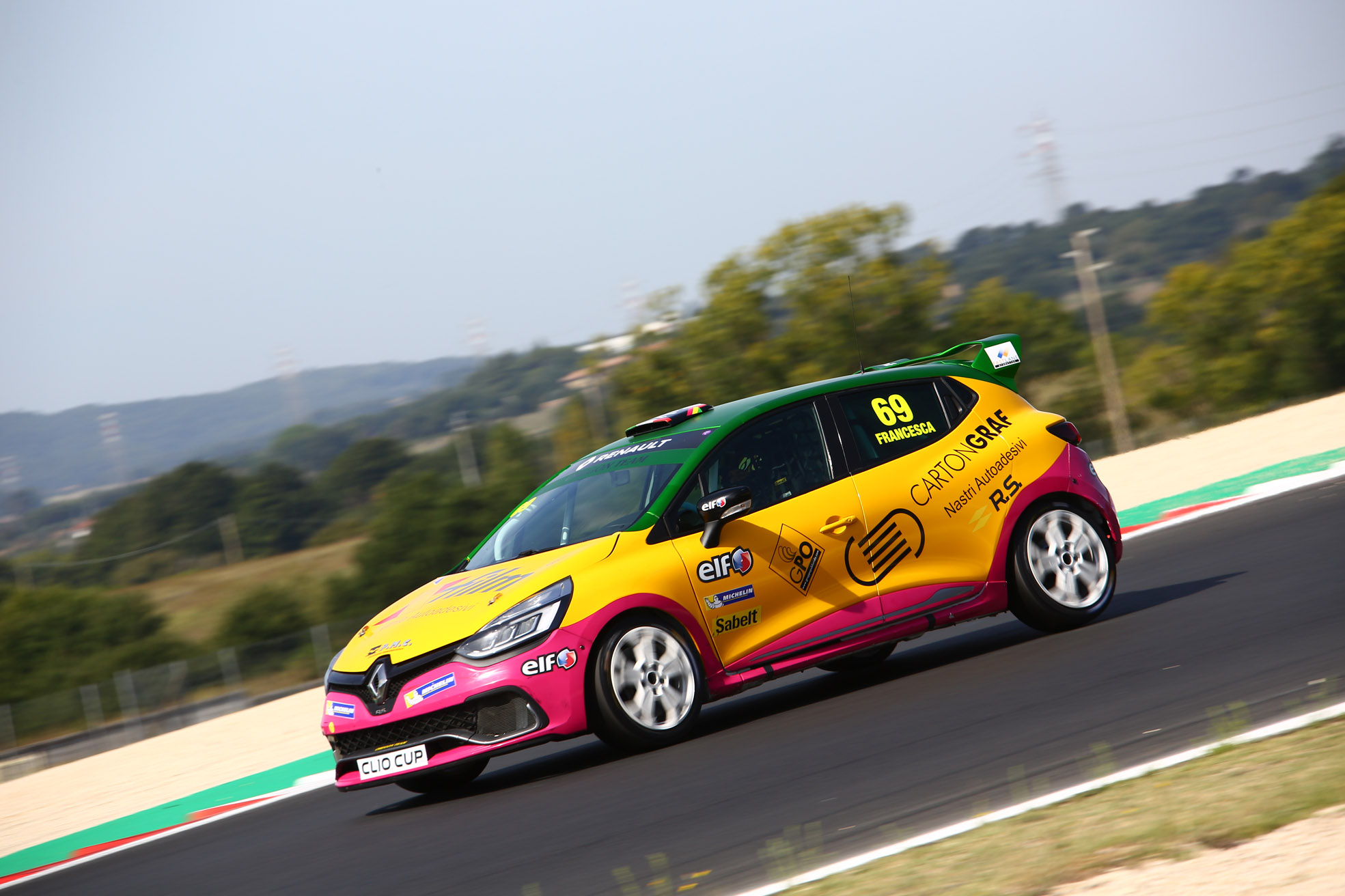 The last one was a two-sided weekend, but an overall positive one for Oregon Team. It was an intense experience for the Italian squad which went on track at the Spa-Francorchamps circuit for the fifth of the six European Le Mans Series events and, at the same time, take on the penultimate round of the Clio Cup Italia championship on the Vallelunga circuit in Rome Italy.

After qualifying was conditioned by traffic at the Belgian venue, with Damiano Fioravanti scoring the sixth-fastest lap time, the Norma M30 shared by the Roman with young Gustas Grinbergas and experienced Lorenzo Bontempelli managed to cross the finish line. After an extraordinary start to the season, marked by a pole and a fourth-place at Paul Ricard, and the three DNFs at Monza, Barcelona and Silverstone, the French car finally saw the checkered flag, providing a rebound for the team led by Gerry Canevisio and Giorgio Testa.

It was a troubled race though. Grinbergas completed the opening stint for the first time despite not knowing the track, but the 16-year-old Lithuanian did not make any mistake, lapping consistently. Then it was Bontempelli who got into the car. The Italian however, had a contact with a lapped car at La Source corner. This meant that he had to complete an entire lap at a reduced pace, then return to the pits and replace the damaged nose of his car. Translated into numbers, this inconvenience cost an extra lap, an additional pit stop and about two minutes. And it is at least ironic to note that the delay to the winners was of approximately one and a half minute. Finally, it must be said that Fioravanti, very fast during the final stages, was slowed down by four Full Course Yellow situations. In short, not everything went exactly in the smoothest way and in the end, came a good seventh place in class.

On the other hand, great satisfaction came from Vallelunga. Fourth in the first qualifying round, in “Due” was perfect with a wet track going up to second place in race 1. Then, in Race 2, he finished fourth, but still virtually on the podium, considering that two positions ahead of him placed the 2018 champion, Simone Di Luca, a non-scoring “wild card”. “Due” is now fourth in the championship, only 11 points away from P3 and 14 points down from P2 with a maximum of 50 points still to be awarded in the final round at Imola, in mid-October. The two wins achieved by the amateur driver also allowed him to jump to the top of his class. His teammate Francesca Raffaele (fourth in the second qualifying session) scored two sixth-place finishes. Despite having only entered a test at the Roman venue, the Milan-based 17-year-old racer was constantly among the fastest, keeping the Junior classification into play. She continues to hold second place, 25 points away from leader Filippo Distrutti.

The two journalists entering the Press League did well too, lined-up with the RS 1.6 turbo fielded by Renault Italia and technically assisted by the Oregon Team. Lorenzo Baroni (Gazzetta Motori) scored a great seventh place in race 1 to take the championship lead. Gaetano Cesarano (Motori.it) ranked 12th in Race 2.