Oregon Team takes it all at the Paul Ricard 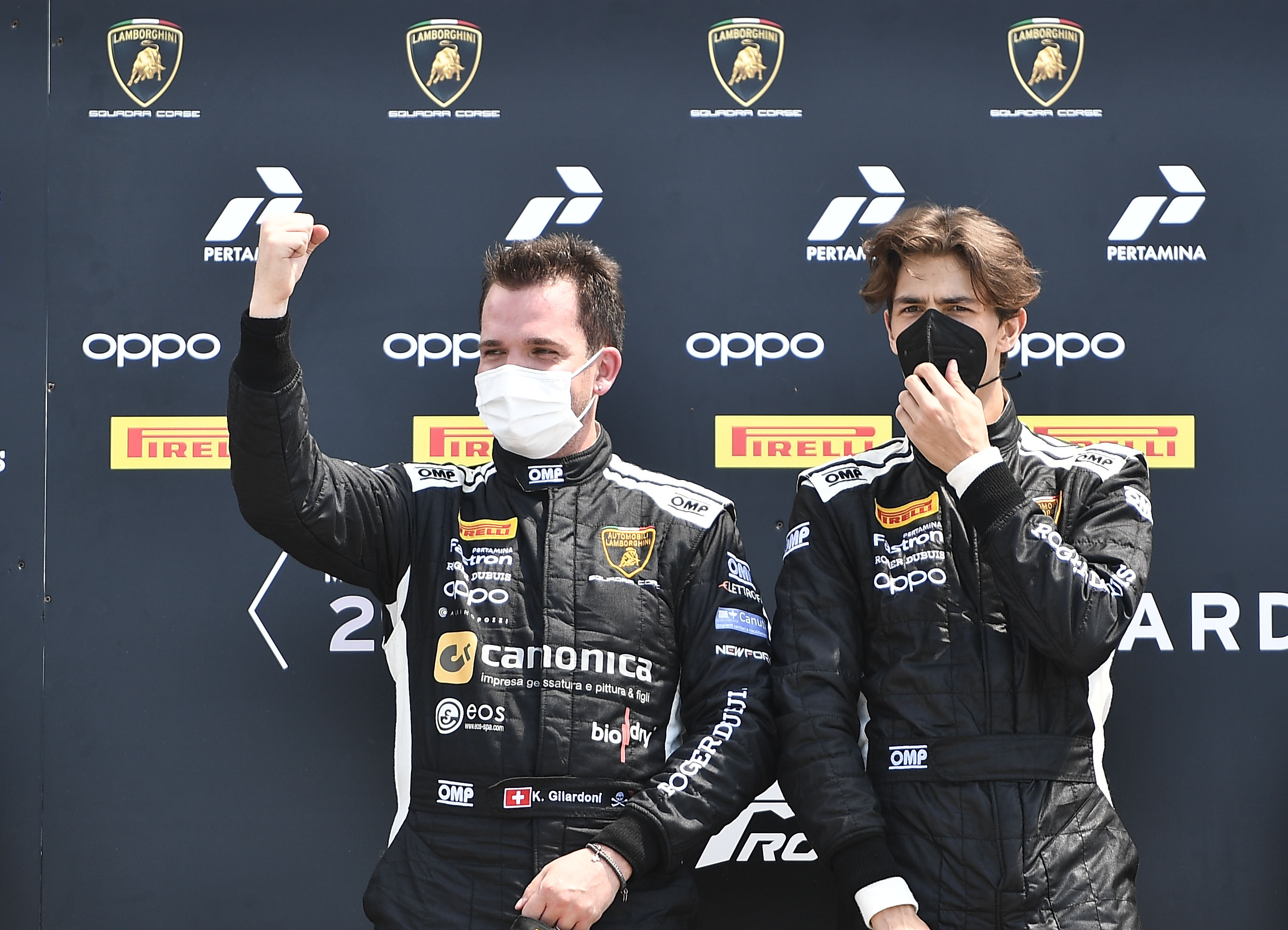 Oregon Team takes it all at the Paul Ricard

Kevin Gilardoni and Leonardo Pulcini did it again. After having secured their first win of the season in the yesterday’s Race 1, the Oregon Team duo ended a perfect weekend taking the Race 2 victory and the Lamborghini Super Trofeo Europe lead.

At the Paul Ricard track Gilardoni replicated the double victory he claimed last year at Montmeló when he finished first in both races with his team-mate Dorian Boccolacci. This time the Italian/Swiss racer has won alongside the Rome-based driver Pulcini ho made his series’ debut in the Monza opener only one month ago.

The squad led by Jerry Canevisio and Giorgio Testa could also celebrate a Pro-Am podium finish with Massimo Ciglia and youngster Spaniard Guillem Pujeu. Unfortunately a starter issue penalized them yesterday, while a 1s post-race penalty deprived them of the Race 2 third position.

Today when lights were on Pulcini, who set the second quickest time in Q2 0.109s from the pole, made a great start to take the first position at Turn 1, going over the track limits after another car hit him. It costed him a three-second penalty.

The Italian pushed hard in the first part of his driving stint leaving the car on P1 to Gilardoni. The latter maintained the lead to finish with more than six seconds over the second placed.

The next Lamborghini Super Trofeo Europe round will take place at Zandvoort in three weeks, on 18/20 June.